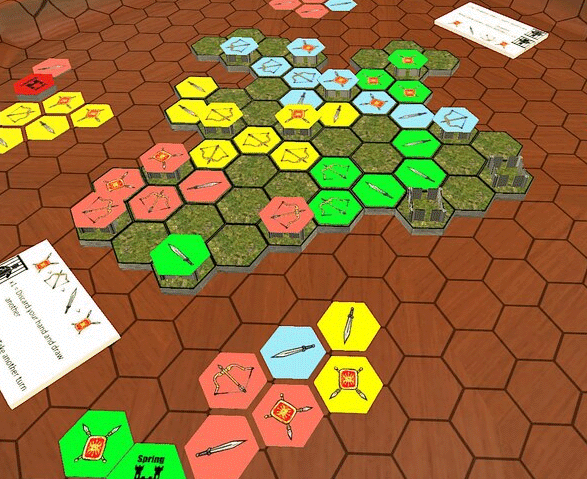 This is my most progressed board game design to date. Seating 2-4 players, the game challenges players to out-flank each other, with each type of army being vulnerable to one other type of army. At the start of each game, the players construct a new island with castles throughout.

The kingdom’s power has broken up over a harsh winter, breaking up the power into several factions vying for dominance. Now, Spring has come and the brawl for dominance begins. The goal of the game is to unite 4 castles into a contiguous region of your own armies, to unite the broken kingdom under your rule.

Each turn is simple - in any order:

Then, if your hand is empty, choose 3 cards to replenish it. This requires planning for the next few turns.

To attack a card, you must have a larger group of the card that beats the opponent’s card. Bows beat swords, swords beat shields, and shields beat bows. In the example below, yellow would be able to capture Red’s sword because it’s next to two of yellow’s bows. Similarly, blue would be able to capture either of green’s bow cards because it has the larger group of shields adjacent.

This weapons triangle makes for a constantly shifting landscape where your soldiers have very decisive victories and losses.

That’s pretty much the game! For the full rules or to play on Tabletop Simulator, follow the links at the top of the page. This game is still in development, so any feedback is appreciated. 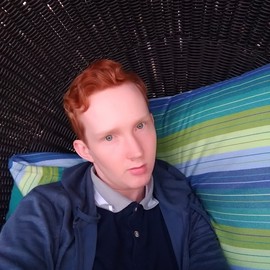